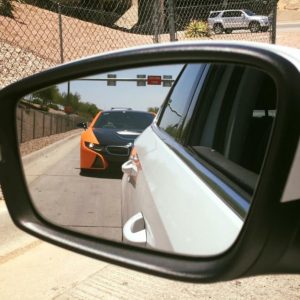 Q : How to stand out from the crowd …

A : Own an Orange wrapped BMW i8

Shame they left me behind to play golf …

Just so you really understand how this works as Chris Record describes it …..

“I’m going to give this car away. I’m giving this car away on 11/11 this year. We’re going to count up. We’re having a sales contest. We’re going to count up sales. What I wanted to do different was instead of giving the top salesman the car … This is what most people do, is they’ll take the person with the most sales and they’ll give that person the big car that they gift. But that person has already made the most money. They’re already winning.

I wanted to do something where it was much more of a level playing field, so what I’m doing is I’m basically saying from now until November 11th, 11/11, whoever earns at least $100,000 in commissions gets a chance to win this car, and every $100,000 that they earn, so let’s say they earn 200,000, then they get two chances to win. If they earn 300,000, they get three chances to win, and on and on and on. The idea here is to be able to give people multiple chances to win the car.

Obviously it still favors the people that might make a million dollars or something like that, but here’s what I think would be just epic. What if somebody earned just $100,000 in commissions? They would qualify for a matching millions bonus, which is a $100,000 cash bonus, so now they’ve made 200 grand, and what if they won the car? This is a six-figure car, so now they’ve made over $300,000 just like that. Earn 100,000 with a chance of being able to make an equivalent of $300,000. That would be epic. 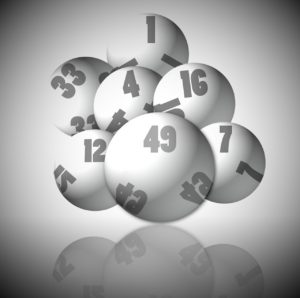 The only thing you’ll be responsible for is obviously your own insurance and transportation. If you need to take it to the UK or something like that, we might have to … We might be able to help you, but I haven’t looked into what transportation’s going to be, to be able to do that. Then if somebody just didn’t want the car, sell it. If somebody doesn’t want the car, sell it.

If they don’t like the paint job right now, the paint job is a wrap. It’s a custom wrap. It’s orange. They can remove the wrap. It’s got a beautiful kind of glossy white underneath. The car has got a white and black and blue feel to it. Or they can put any wrap they want on it. It’s just a few thousand dollars. They can make the car look their favorite color if they want.

But I will tell you, this orange is an attention grabber like you’ve never seen. When I drive down the road, people are always pulling out their windows, taking pictures. When you park it somewhere and you pop open these butterfly doors, everybody comes from all around, and they want to check out the car. Everybody wants to look at the car.

If it were my advice to you, it would be if somebody wins the car, keep the car as is. I could tell you first-hand from driving it, this thing is an attention getter. It drives amazing. Everybody will stop you and want to ask questions about the car. It’s awesome. It’s a great car.”