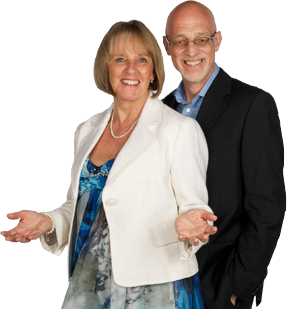 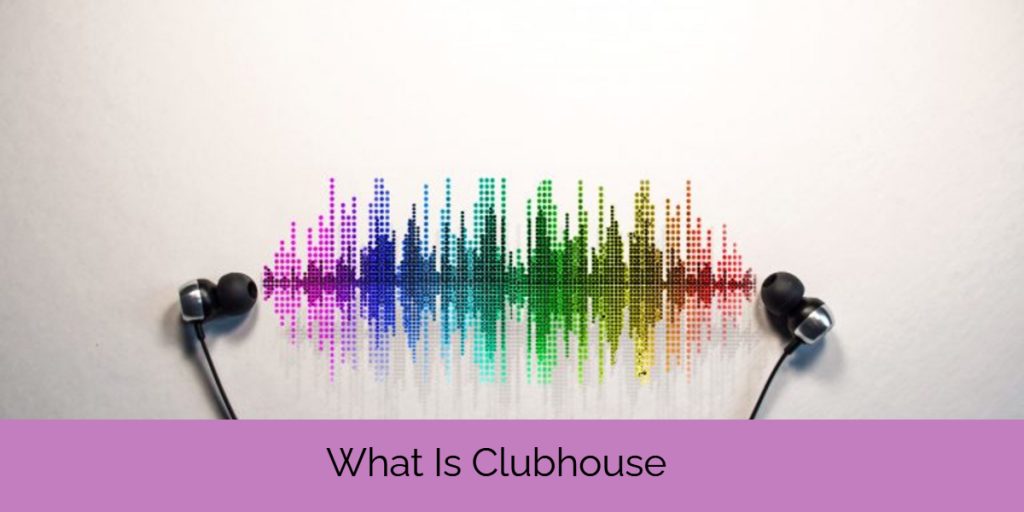 That’s a very good question to ask and we’ll do our best to answer it for you.

You might have heard of Clubhouse by now but it’s unlikely you’ve joined Clubhouse unless you’ve got a friend who was kind enough to invite you.  Luckily we have such a friend so we can give you the inside track on Clubhouse and prepare you for this new kid on the block of social media.

In short, Clubhouse is an audio-based social media app. The company describes itself as “a new type of social product based on voice that allows people everywhere to talk, tell stories, develop ideas, deepen friendships, and meet interesting new people around the world.”

That’s a pretty good summation from what we’ve seen so far since we’ve been both participating and observing over the past few weeks … but we do see the future and it looks very bright! 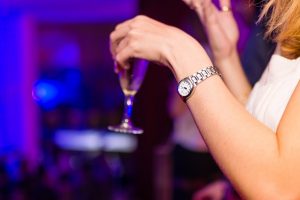 To put it into meaningful words, basically, you can jump in and out of different chats going on.  You can listen or you can take part in the conversation.  It’s really up to you.

We like to think of each conversation as something akin to a cocktail party where you are either actively chatting with a group of people (cocktail in hand) or standing on the sidelines just listening in.

Just like a cocktail party in real life, what’s said at the party stays at the party as there’s no recording of conversations and they’re not saved.

So now you know what Clubhouse is let’s share some of the features so you can decide whether you’ll take up that invitation or give it a miss.

Created by Paul Davison and Rohan Seth, this app’s official website has barely any details on it and yet, people are raving about Clubhouse.

This article will be a quick primer to help you understand what all the frenzy is about and why Clubhouse is skyrocketing in popularity.

For starters, Clubhouse is in beta-mode as of writing this article but its growing.

What does that mean?

It means exclusivity, for now. The app is only allowing a limited number of users at the moment, and while there are invites being gradually issued, it’s still not open to the public. Which makes it even more desirable… almost like a new rave club in town with all the cool people inside and a huge bouncer at the door telling you that you can’t enter.

Sooner or later, it has to open up to everyone. Be patient.

The degree of privacy in Clubhouse far surpasses most of the other social media apps. Other than a small profile picture and a bio, there’s really not much opportunity to display information about yourself… but we’re all getting creative!

Unlike Instagram which is notorious for getting people to post glamorous ‘lifestyle pics’, you don’t get to post photos on Clubhouse. You don’t even get the dignity of private messaging other users, which is something you can do on platforms like Facebook.

You can’t record conversations in Clubhouse because there’s no feature within the app that allows you to do that. Like we said above using the cocktail party analogy, what happens in Clubhouse, stays in Clubhouse. Once a conversation is gone, it’s gone forever.

It’s also important to note that other users will be able to see which rooms you’re following, similar to Instagram which shows you which profiles you’re following. So, you might want to think twice about joining any groups you don’t want other people knowing about!

Engaging in Clubhouse is easy. You just raise your hand and if the moderator invites you on ‘stage’, you get to speak and join in the discussion. Alternatively, if you wish to keep a low profile and just lurk around, that’s fine too – they ask you to lurk quietly and leave any conversation quietly.

Those who contribute more will get a chance to become a moderator, and with great power comes great responsibility.  As we found just recently when becoming a moderator in error that suddenly you’re in charge of the conversation.  It’s actually not that scary really.

Unlike Facebook, Instagram, Twitter and the insanity-inducing Tik Tok, almost all of Clubhouse is audio-based with very limited text/images to consume. This app is perfect for people who love to talk and listen without a dozen distractions.

Those who prefer audio as a learning modality will benefit from Clubhouse without a doubt and much that can be learned from our recent time spent there (ideas flowing already!) 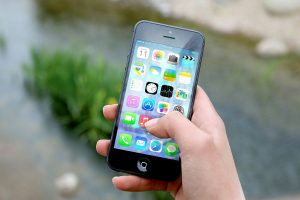 Clubhouse is only available on Apple products such as the iPhone and iPad and Android users are currently murmuring about being left behind.  It is what it is! This is probably temporary, and sooner or later, they’ll roll it out for Android users too.

Currently, Clubhouse looks like it’s going to be one of the biggest players in the social media scene. By doing away with photos, private messaging, and the usual features offered by most social media apps, Clubhouse is actually more focused and creates greater value so it will appeal to a discerning user.

Sign up for the app on your mobile device (if you’re an Apple user) and see if you can get an invite from a friend who’s already using it. 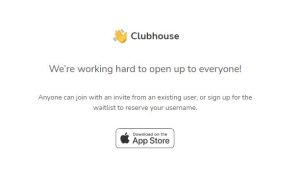 While you have the chance just create the username you want (or can get) and you’ll be set to go when that invitation comes around.

Then go ahead and have fun in the Clubhouse while it’s still fun and exclusive… before the unwashed masses descend upon it en masse and turn the Clubhouse into an asylum… hypothetically speaking, of course!!

You can find us as @ChrisBeesley and @SusanBeesley – we have two separate accounts so we can join in different conversations relating to what we want to participate in.

Our next step having been observers and invited on stage to participate is to create our own event and then have a club of our own.

Watch this space for updates as Clubhouse develops and we can offer you more information of how we see it developing from a networking and marketing perspective.

Thanks for reading What Is Clubhouse and we look forward to hearing your thoughts and any feedback if you are already a user.

Top Tips To Succeed With Affiliate Marketing in 2021

Top Tips To Succeed With Affiliate Marketing in 2021 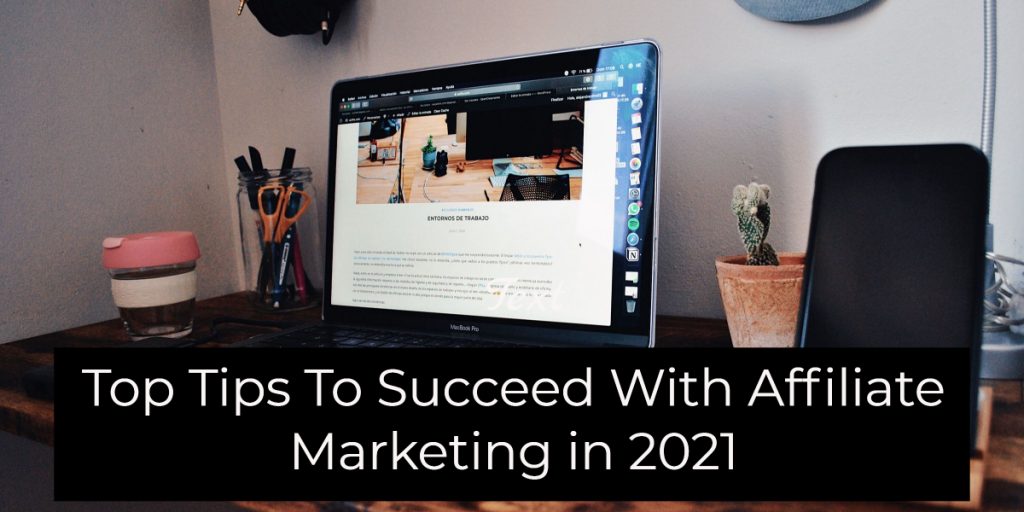 In today’s article we’re going to give you our top tips to succeed with affiliate marketing in 2021 even if you’re just getting started.  Why 2021?  Well it’s only weeks away as at writing this and we all need something to focus on don’t we?  It’s been one heck of a year full of uncertainty but we have to say that keeping our affiliate marketing business turning over has been our saving grace.

Let’s get started then…

Find And Focus On Recurring Affiliate Programs And Products

All businesses require tools to run a successful business

ClickFunnels is the #1 selling online sales funnel platform in the world, with 100,000 members across the globe and growing by the day.  We became affiliates and began using the platform early on and recommended it to our students and clients.

The Affiliate Program is second to none when it comes to support, training, and fast payouts.

Not only that, ClickFunnels gives away DREAM CARS to top-earning affiliates!

When you become a ClickFunnels affiliate, they do everything in their power to help ensure your success. That includes providing you with winning, time-tested, and proven marketing assets to promote ClickFunnels and any of our additional offers.

You could earn up to $40% in commissions!

With monthly subscriptions, you could have income flowing into your bank account every single month while the subscribers you’ve signed up continue to use ClickFunnels!

Plus, just about every single front end offer generates additional sales because of the high-converting bump offers, one time offers, upsells, and down sells.

For example we recently built a funnel on ClickFunnels for our Social Media Lead Factory Course  Even if someone doesn’t take the offer they have the chance to explore ClickFunnels.

Growing an email list is an essential piece of any business in fact we say it’s the number one asset in your business!

Every business relies on an email list (subscriber list) to keep in touch with their customers and sell more products and services. In fact, studies find that Email is STILL the #1 way sales are generated online. We would agree with that 100%

So when you’re choosing an email autoresponder service to promote, it’s best to find the highest quality service, that offers the best price, and the largest commission payout!

We started out having Aweber recommended to us back when we started our online business and we’re sure our mentor makes a very good income from all those subscriptions. 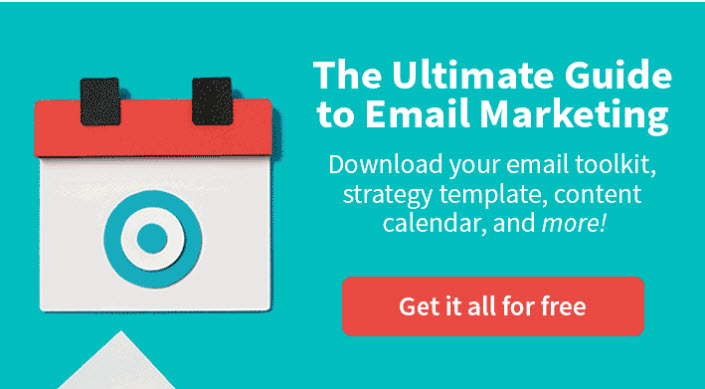 We do exactly the same but we endorse it for it’s ease of use, it’s customer service and support and of course it’s training

You may have noticed that all of the programs on this list are software up until this point and in our opinion are an integral component for sustained success with affiliate marketing.

The reason for this is because software offers the following advantages: 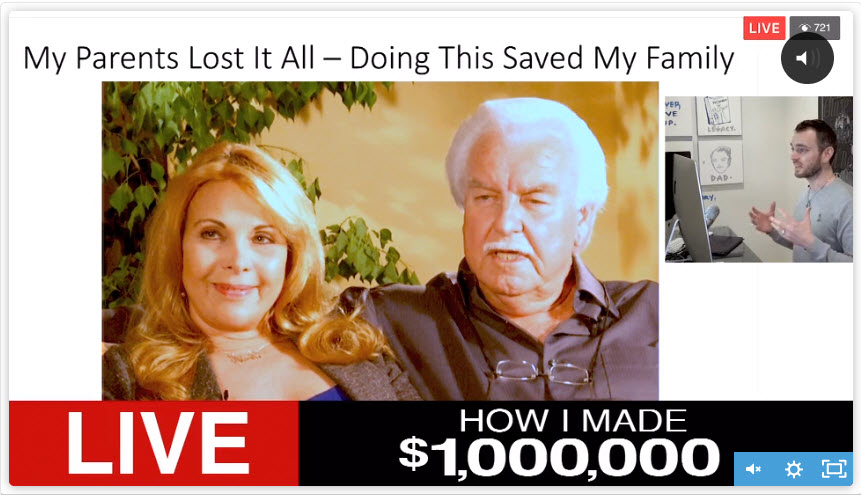 There are very few of these around where you actually earn a subscription affiliate commission.

Most are one time payments and whilst that is great, to actually have money coming in every month is a valuable income stream.

Typically “Training Courses” (which are in the main what we promote) do not have these features.

However, PWA is different. PWA is a training course that actually teaches your subscribers or students how to use ALL of the software listed above, and promotes them FOR you, while YOU collect the commissions on every sale or signup

That makes this unique in the world of affiliate marketing in the education niche.

Not only that, but the PWA program has a recurring commission structure itself that offers up to 70% Commissions on the sale of ANYTHING your subscriber purchases when they join the program….

The amount of value inside the program leaves us feeling very good about this and for someone starting out the earn as you learn which you can budget for monthly is a great way to succeed with affiliate marketing in 2021 and beyond especially if you are just starting out.

If you’ve found this article “Top Tips To Succeed With Affiliate Marketing in 2021” useful or informative, then please leave a comment below or if you have any questions ask away

If this can help someone you know, then please share it with them.