How to Get From Fear To Freedom

How to Get From Fear To Freedom

We were recently speaking in Orlando on how to get from fear to freedom drawing on our own experience and from our book.

Seriously, the “F” Word plagues us all – FEAR that is. 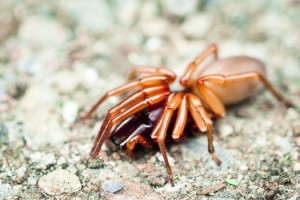 Our daughter (who is 28 at the time of writing) is seriously scared of spiders and this image alone would completely freak her out if she saw it.  In her mind she sees even the smallest insignificant spider as an enormous killer spider.

The fear is absolutely real to her.

For you as an entrepreneur starting on your journey or contemplating starting it is likely you have fears too … and will want to know how to get from fear to freedom or fear to fortune even!

These fears are actually what we call common misconceptions or limiting beliefs and we have all encountered them at some time or other.  Specifically though in this instance things like …

Look we totally understand because we’ve been there ourselves.  Like all fears they are deeply seated in the unconscious.  Unlike the more tangible things like the fear of death, public speaking and spiders, we are often unaware of their origins and often even their existence.

The good news is that these fears really are monsters of your own creation – the voice inside your head is the mother and father of your fears until you make it change its tune!

If we had not made a scarey decision in an instant 5 years ago we would not be here today writing this article and showing you how to get from fear to freedom and become an entrepreneur in control of your own future, income and destiny.

How to Get From Fear To Freedom – Our Story 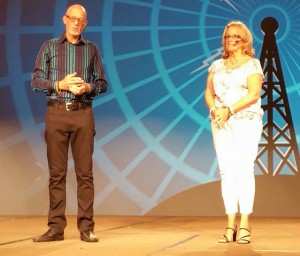 Five years ago now on a cold wet blustery night we were driving home from a client (we had our own accountancy and management consultancy business) and had just been told that a project had been bought forward to coincide with our first two week holiday skiing in France over Christmas and the New Year.

Now that might not seem a good reason to do what we did in that moment but we had been wresting for some time about our future and wanting to have our time and freedom to travel before we got too old!

It was in that moment that we knew we had to face the fear of the unknown and break free from our business and begin a new journey.  One that we had been researching but not made the decision to do …

Of course we were

Did we have the same thoughts that you might be having as you read this?

Of course we did

The difference is that we knew the majority of our fears would never ever actually happen. They were just figments of our imagination.  We could easily have given them life by thinking about them just like you are doing right now.  It’s just the way your mind works.

We could go into this in detail here but to help you we have already written a book on it. 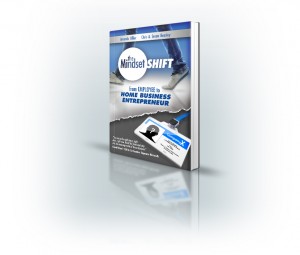 It explains exactly how you can train your unconscious brain and get over those irrational fears.

Here’s a couple of examples just to explain

Imagine that when you were young, you were frightened by a dog.  You may well create an unconscious belief as a result, that all dogs are dangerous.  This would happen to protect you – a very common reason for beliefs to be created – and you would likely grow up being afraid of dogs.  This doesn’t mean that all dogs are really dangerous does it?

Another example (especially prevalent in people of our age group and generation) is around money.  Hearing your parents talk very disparagingly about rich people during your childhood saying things like “they’re all greedy and make their money by ripping people off”.  You would construct a belief that all rich people were unpleasant and greedy.

Not only would it make you less likely to become rich (because your unconscious would want to avoid you becoming like these people) but because of your internal filtering system, you wouldn’t spot those things that would prove that wrong either!

Here’s the biggest surprise of all …

They say fear of public speaking is higher of the list even than fear of dying.

We’ll leave you with this thought as you think about that ONE powerful motivation that will empower you to live your dream ….

“When you face your fear, most of the time you will discover that it was not really such a big threat after all … we all need some form of deeply rooted, powerful motivation – it empowers us to overcome obstacles so we can live our dreams“

We’re former accountants of a certain age with 5 great kids and 3 grandchildren. We love skiing and traveling the world and have achieved a fabulous life helping others to start and build a successful business online and now speak on international stages following our passion. 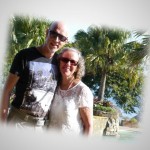 4 Responses to How to Get From Fear To Freedom