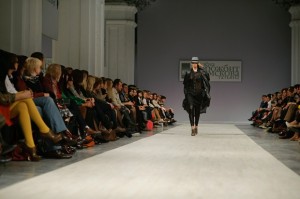 …. it’s a little unbelievable to be honest but let’s explain so you can see where we’re coming from.

Actually we get asked this many times in many different ways but here’s the jist of it.

We’re alway surprised when we’re in conversation with someone about a business model or marketing system and they say it’s not any good because “most people who join don’t make any money” – we heard this just the other day on Facebook so we thought we go into it in some detail.

First of all we don’t quite get that line of reasoning.  It’s as though they only think that something is ‘worthwhile‘ if MOST of the people become wildly successful.

That would be nice … but that’s not how human beings operate.  Here’s why …. and you may be surprised to read this …

Does that mean that no one should ever get married? Or go to college? Or have a dream?  Just because “most people” don’t succeed?   We don’t think so!

Success isn’t about the “odds”.  It’s about CHOOSING to be in the small group of people who are going to do it!

We know what we do to earn a six figure income in our business but we’re pretty sure that we’re not doing anything than anyone else can’t do.

But, the simple fact of the matter is that most people aren’t actually committed to being wildly successful or having great financial success.

They’re more interested in being comfortable in their mediocrity.

Now, you will find people from AVERAGE BACKGROUNDS who suddenly decide to become very “un-average” by being willing to make decisions and take actions differently from “average people”

And that’s the KEY.

Success isn’t about the “odds”.  It’s about making a DECISION and taking ACTION.

Some people wait for change to find them.

Some people  look for change.

Others make change happen in their life