…neither does being poor

While we were out in Costa Rica with Dave Wood and the other leaders we got into some pretty deep discussions about money among other subjects and we’ve got some videos to share a little later that we recorded there …. we have to say that the people of Costa Rica were just wonderful and this is definitely a trip that will have a lot of memories for us. 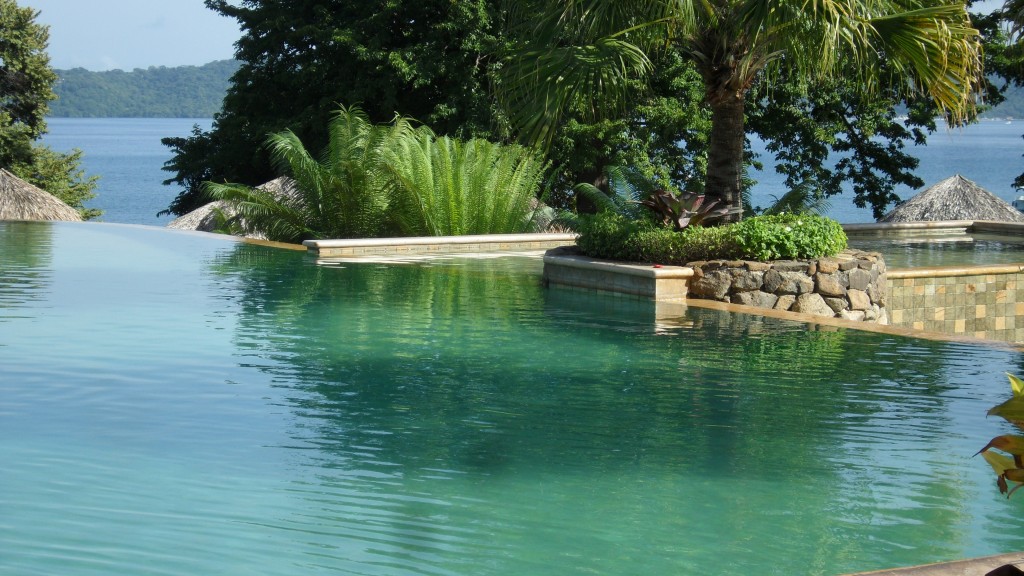 Here’s a recent email on just that subject of MONEY that we just got and would like to share with you right here ….. it gives you Dave’s perspective on the subject and it’s exactly what he was saying to us in Costa Rica.

“Happiness, like all emotion, is controlled by the focus of attention, not money.

You can build a fortress with a hammer, and bash someone’s head in with it, too.

The power is given, not by the hammer, but by the one who wields it.

A more accurate statement would be:

“Money has absolutely nothing to do with happiness, or any other emotion whatsoever – they are unrelated phenomenon “

Happiness is a funny phenomenon, too.

I was talking to a religious guy earlier, about the money thing – and then happiness came up.

“Well, maybe Jesus said it’s harder for a camel to go through the eye of a needle, because religious people are less likely to depend on God for happiness.”

Happiness has nothing to do with God.

Now – before you bash the Bible over my head – I’m not bashing religion there, I’m just disconnecting non-related phenomenon.

In a similar way to money not buying happiness, God doesn’t give it, either.

(Uunless you’re talking about being happy forever – in which case, maybe you’re right)

However, right now – happiness, or sadness, has nothing to do with anything other than the focus of your mind and your biochemistry.

If your mind is constantly focused on stuff that you don’t have – generally, it will produce unhappiness.

You focus on the ‘lack’ of money in your bank account, or whatever.

That’s a formula for not being happy.

However, I can tell you that it’s not the poverty that brings the unhappiness.

Because I live in Costa Rica. Costa Rica is the happiest country in the world.

Because people here aren’t focused all the time on the future, they’re focused on what they have right now.

Whenever your intent is focused on NOW (and now only) you become happy.

In fact, it’s actually impossible to be dissatisfied with yourself if your focus is in the moment.

Therefore, a formula for happiness = focus your energy of intention in the moment, and then – remember a time you were happy, and what it felt like.

Let’s talk about money, for a second, though.

How do you get more money?

The truth is – you may as well have more, since it doesn’t have anything to do with how you feel, or anything other than the fact that you have it.

(Evil people have been rich – so have incredible people who give their whole fortune away to the poor – it’s unrelated to righteousness, or anything else but the laws of money)

So how do you get more money? Simple:

Just like happiness follows certain laws, so does getting lots of money.

Lucky for you – it doesn’t matter what your belief system is, and the proof is that people of every religious background have gotten lots, and lots of money.

First, I want you to disconnect getting money from emotion of any kind.

Money has nothing to do with emotion.

Sometimes, people believe that they’ll get money if they want it really badly.

The reality is, wanting money badly simply causes your mind to confirm the fact that you don’t have any.

The more badly you want money, the harder you’re going to find it to get more of it.

Because by the act of wanting it, you’re showing your unconscious mind that you don’t have enough.

Your unconscious mind will then look for ways to prove the fact that you don’t have enough.

It will prove it by helping you not get money.

The reality is – if you want money, the first step is disconnecting money from emotion.

It’s an object – nothing more.

Money is not a human being.

Money is not something to love.

(It’s worthwhile to note that Jesus didn’t say that money is evil. He said that ‘the love of money is the root of all evil)

Money is not something to love.

Money is also not something to want, or not want.

Second, there’s only one way I know to get more money.

1. Have a vehicle that produces lots of money.

A vehicle – like a hammer, needs to be used in the proper way.

It doesn’t guarantee that you’ll get rich, it just gives you a vehicle to produce what you want.

Like a job isn’t going to make you rich (ever) neither will rubbish vehicles.

A lot of people in network marketing are driving a beat up ford truck, and they could be driving a mercedes.

There’s not a difference in cost – it will cost you more to drive a rubbish vehicle, in this business.

You need a vehicle that can produce what you want.

And it doesn’t work.

The truth? People who try and take 2-4 years, end up taking ‘never’.

It’s not a good model.

Get a good vehicle.

Now, don’t ask my how this works – I can invent all kinds of explanations.

I can tell you, for example – that there’s no more powerfull way to show you unconscious mind that

THERE’S MORE THAN ENOUGH for you than by giving.

I can also tell you that God multiplies and blesses giving.

The truth? I don’t know why it works – I just know that it does.

Giving works – and it doesn’t matter how.

My Dad (and lots of my family) are Mormons.

To this day, my Dad sends me talks from Mormon folks, because he’s consistent in trying to get me on board.

(I respect that – and the truth is, I read them, even though I think most of it is nonsense)

The other day though, he sent me this talk that was given by a Catholic Priest to a group of Mormons.

I read it, because I always do – and this was fascinating.

See, most people think that rich people are stingy.

They take their info from comic books – like Superman.

The hero is a poor farmer – the villan is a rich businessman.

The truth is, that’s a manifestation of the beliefs of society, not the reality of how the universe works.

I’ve found rich people to be more giving than the poor, in every country, society, religious group, and social circle that I’ve been a part of.

Here’s the interesting part, though:

This talk my Dad sent me (the one by the Catholic guy) showed something that I’ve always though, but never could prove:

See, a lot of people look at someone like Bill Gates, who’s giving a THIRD of his money to charity, and they criticize – because ‘of course’ he’s given money away – he’s rich!

This study, though, showed that the opposite is true.

It proved, that over a LARGE group of people – that people who give money away tend to have it come back to them, at a ratio of something like 39 to 1.

If you give away your fortune – it would seem that you would have less money, not more.

Isn’t that some shit that the opposite is true?

Rich people give away more money – BEFORE they are rich.

How does that work?

How does it work?

Maybe you know – I sure don’t.

For example, I had a lot of people question me when I started a company that was GIVING away 100% commissions.

Here’s the funny thing, though:

Giving AWAY 100% commissions, and doing my best to HELP people make more money, with less work, also resulted in me making more money than I’ve ever made in my life – with less work.

The universe takes money from the stingy, and gives it to those who give.

Having money has NOTHING to do with what you were born with.

It has to do with how much you give.

When I was new – I didn’t have money to give.

So I gave my whole heart and soul.

It’s just the way it is.

They have nothing to do with each other.

If that was true – one religion (the right one, whatever that is, maybe you could tell me) would have ALL the money.

However, there are rich people in every religion, even athiests have lots of money.

So disconnect it from religion.

Also, disconnect it from emotion.

Whether you’re happy, or sad has NOTHING to do with money.

Happiness is an emotion.

Neither have anything to do with money.

If you want to be happy – smile, focus on the moment, and remember a time when you were happy.

If you want money, follow the laws of money, and be a giver.

Give more, and more will come back at you.

It’s just the way it is.

The truth is, I honestly don’t care if all ten make more money than I do each month.

For some his views may be considered a little controversial but if you follow the rules of the universe they do make a lot of sense!

We want you to have that opportunity too

Get started today for just $25