How To Change Your Beliefs

How To Change Your Beliefs 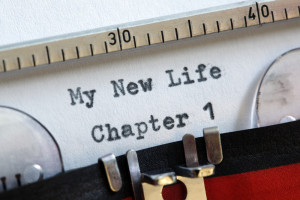 CTL-ALT-DEL How To Change Your Beliefs

We had that video transcribed because it’s really valuable to be able to read as well as listen – we all respond to different modalities.

“Look, we come into this world with no beliefs at all. Depending on where we land here onthis spinning orb, we become bombarded with everyone else’s beliefs. If a baby is born in, let’s say Canada, it will develop different beliefs than if it were born in India, or in China, or in Botswana, or even South Africa, which is not too far away. Los Angeles versus Texas, or New Jersey versus Arkansas. 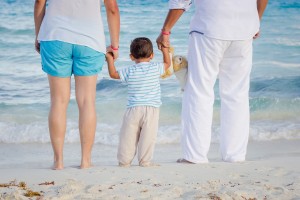 Likely, that baby will end up with radically different beliefs. Same baby, subjected to different environments of beliefs, and likely, the baby will grow up to be fanatical about its beliefs. Religion, football teams, the NRA or not, whatever.  All programmed by its environment. As a child, you had very little choice. Your name, the language that you speak, where you lived and where you went to school, were all choices you had no say in. Maybe the adults in your life even decided what you were supposed to believe

But, in order for any of their opinions or points of views, or beliefs to begin to take hold, you had to agree in order to be accepted, which is built into our species as a requirement of survival. The adults during our upbringing passed on to us their personal view of the world. They taught us opinions about everything and everyone. What we are, what we are not, what we can do, what we cannot do … They told us their opinions about everybody and what they thought of themselves.

It is like downloading a program onto a computer. Unfortunately, if it is a view of the world that is infected with irrational fear, it acts like a virus in the program, creating agreements and eventually, beliefs anchored in the very same fear. A baby doesn’t have a religious belief, a political party affiliation, or a favorite sports team. They are not racist, homophobic, liberal or conservative. It doesn’t judge the world as dangerous, scarce, unfair, biased, discriminatory. It doesn’t have body image issues, fear of failure or hang-ups about money. 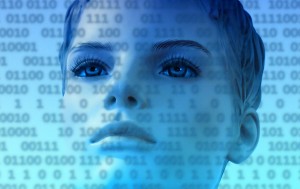 All those beliefs will be programmed into it. All those beliefs will be unconsciously adopted, or unconsciously rebelled against. Recorded in the brain cells of every person are these videotapes of every childhood experience and feeling you’ve ever had. Including, fear, love, anger, joy, dependency, demandingness, insecurity, self-centeredness, inadequacy … All these feelings are these little videotapes. These conditioned beliefs about ourselves and the world are continuing to author your story.

These beliefs continue to shape your destiny, but they don’t have to. It’s time to take control of the pen. It’s time to interrupt the narrator in your mind and subconscious programming. To do so, you have to short circuit these installed belief systems. Beliefs you didn’t even vote on acquiring. Hey, I know it feels like they’re your beliefs now, but they were coded into your software before your conscious awareness was mature enough to vet it. Hey, I’m not even suggesting that they’re all bad. I’m only suggesting that they were given to you before you were even given a chance to choose.

Now, you have been acting out of this pre-programmed software, repeating, reinforcing, and looking around you to validate these installed beliefs for years, maybe even for decades. The more you think or do something, it creates a neuro-pathway in your brain. Each time you think or act … Mostly unconsciously now … They get deeper and stronger, and the more “second nature” they feel and become. This is also the biggest reason why we fall off. We want to move our life in one direction, but we fall back into the brain groove … Literally … Of our old neuro-pathways, also known as your “old habit”, “old behavior”, and “old belief systems”. 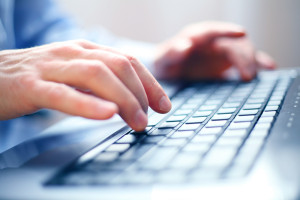 Now, instead of lamenting and complaining, and feeling victim about the terrible software that was written on your operating system, and trying to fix it through years of psychotherapy and child regression exercises, just hit the “control, alt, delete“. Choose to reboot your system entirely. Decide to write your own story anew. Question every belief you have come to know. Eliminate the ones that corrupted your system, and install the ones that will take you in the direction that you desire.”

We’re reading The Success Principles – How To Get From Where You Are To Where You Want To Be by Jack Canfield and highly recommend you get yourself a copy to read.  It’s help many of our friends and students to change their beliefs and become confident entrepreneurs.

We’re former accountants of a certain age with 5 great kids and 3 grandchildren. We love skiing and traveling the world and have achieved a fabulous life helping others to start and build a successful business online and now speak on international stages following that passion.  Our worldwide educational business is centered on online marketing education and wealth creation and a desire to help you create financial freedom online through entrepreneurship whatever your age or experience. 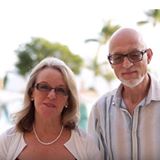